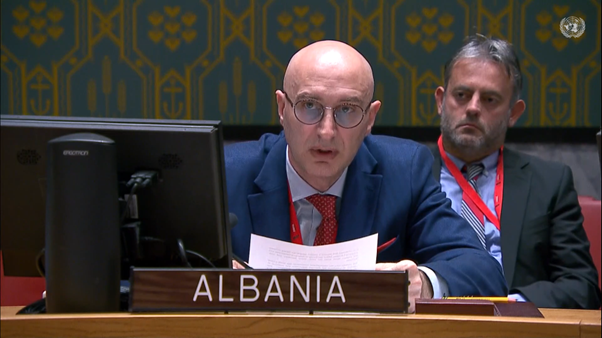 And I thank USG DiCarlo for her briefing.

An overnight rocket attack struck a hospital maternity ward in southern Ukraine, killing a newborn baby. Fortunately, the baby’s mother and the doctor were pulled alive from the rubble. This happened during the heavy attacks of the Russian military forces against a civilian infrastructure. It has happened before, it is happening again.

It has now become a pattern: whenever Russia feels it is losing ground on the battlefield, it resorts to targeting civilians and civilian infrastructure, to bombing schools and hospitals, destroying houses and bridges, and above all, the electricity infrastructure, a vital component of the economy and life in Ukraine.

Russia may continue to use whatever camouflaged language as it has done in the past, but, when you deliberately target civilians and civilian infrastructure, there is only one way to describe such despicable behavior: Russia is committing war crimes and crimes against humanity in Ukraine.

And precisely this was confirmed today by the European Parliament. Its landmark resolution highlights that the deliberate attacks and atrocities committed by Russian forces and their proxies against civilians in Ukraine, the destruction of civilian infrastructure and other serious violations of international and humanitarian law, amount to acts of terror and constitute war crimes. In light of this, the European Parliament recognizes Russia as a state sponsor of terrorism and as a state that “uses means of terrorism”.

Here we are with a terrible reality: A permanent Member of the SC, entrusted to preserve peace and security, has descended so low in its rogue behavior in Ukraine, that the most prominent house of democracy, the European parliament, qualifies it now as a sponsor of terrorism.

This unjust and unjustified war continues, and the risk of potentially catastrophic spillover is real. Russian missile strikes on Ukraine’s energy infrastructure have also caused blackouts across half of neighboring Moldova.

The more Ukraine proves successful in its counter-offensives to get back its territory temporarily occupied, the angrier the punishing response by a frustrated Russian Army.  These include artillery assault in the Donbas, targeting the civilians and residential areas, threats to use nuclear weapons and the massive recent attacks on Ukraine’s energy infrastructure, in an effort to submit Ukraine by freezing the population to death.

It is estimated that around 4 million people are facing extreme winter in Ukraine. Many are living in damaged homes that will not protect them from the cold. These numbers will only increase.

No wonder why the international community has made a clear choice: to condemn the Russian aggression and continue to strongly support Ukraine politically, militarily, and economically in defending its country and its people. This is a solidarity not only for the territorial integrity and sovereignty of Ukraine, but also for the rule-based order in the whole world.

In the context of the worsening humanitarian situation in Ukraine, we commend the efforts of UN agencies that are helping people in need. It is important that the UN convoys have access to the different areas of the country.

We fully support the substantive engagement of IAEA in creating a security zone around Zaporizhzhia nuclear power plant in southern Ukraine. All sides should remain committed to a substantive cooperation to this regard.

In concluding, let me reiterate again that the cause and the root of this crisis, including its humanitarian aspect and food insecurity, lies only and solely, in the unprovoked and unjustified military aggression of Russia in Ukraine.

We reiterate our call on Russia to stop, withdraw unconditionally from the entire territory of Ukraine and engage into diplomacy. 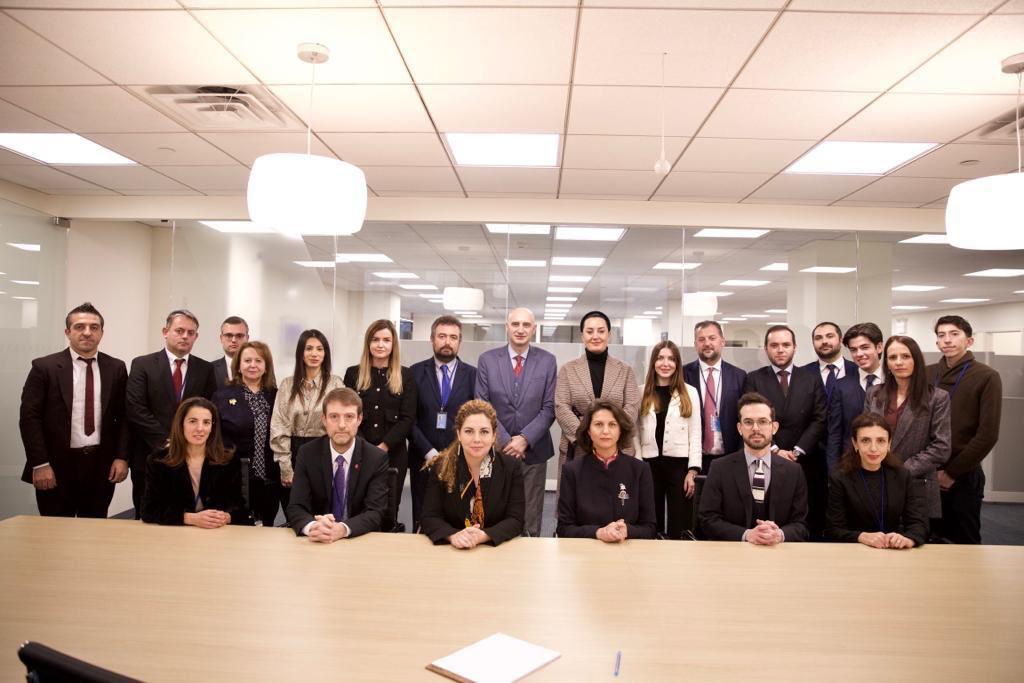